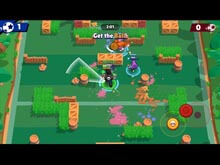 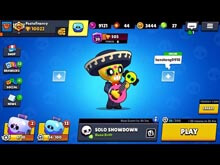 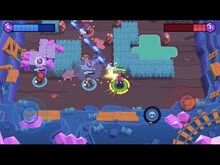 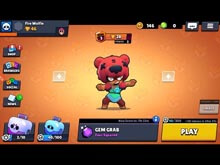 Game Description
Brawl Stars on PC is a mobile game in the MOBA genre that can now be downloaded to a computer or laptop. The gameplay of the game consists in defeating a team of other players or AIs in various game modes alone or in a team of three. Players can choose characters, each of which has its own skills and superpowers. In addition, each of the characters has its own stellar powers and gadget, which can be obtained by opening the box during the game or by buying in the store. Players can use several modes for battles, for example, when two teams try to collect as many stars as possible, killing opponents. In crystal capture mode, the team that collects more gems wins. The clash mode is similar to the battle royale genre.
Attention
All rights to the computer, mobile or video game presented in this section belong exclusively to its legal copyright holders. This website does not distribute illegal copies of the game and does not have links to websites with illegal copies of the game. All information about the game is provided for informational purposes only.