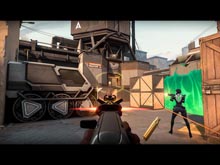 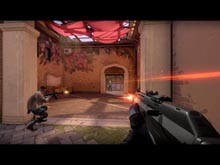 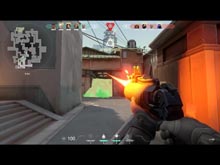 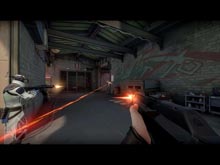 Game Description
VALORANT is a multiplayer action game in the genre of first-person shooter. The confrontation of two teams, each with five players, is the basis of the game. Players have their own unique skills and are called "agents". There is an economic system to buy weapons and abilities in the game. The range of game weapons includes pistols, shotguns, submachine guns, assault rifles, machine guns and sniper rifles. In the main game mode, the attacking team has a bomb, which they must plant on a site. If the attacking team successfully detonates the bomb, then it gets a point. If the defense team successfully defuses the bomb or does not allow the attacking team to set it after a 100-second timer, then it gets a point. The elimination of all members of the opposing team also brings victory in the round. The first team to win 13 rounds wins the match. After 12 rounds, a side change occurs. There are currently ten agents in the game. Each of them has its own special abilities, which are either bought before the start of the round, or are earned during the match.
Categories
Fps Action First Person Shooter
Attention
All rights to the computer, mobile or video game presented in this section belong exclusively to its legal copyright holders. This website does not distribute illegal copies of the game and does not have links to websites with illegal copies of the game. All information about the game is provided for informational purposes only.