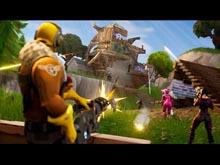 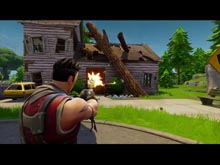 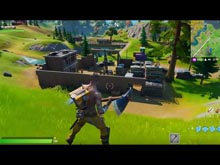 Game Description
Fight. Build. Create. Fortnite is a free multiplayer game in which you and your friends fight to stay the last one or create a joint world of your dreams. The game is distributed in three different modes using the same engine and has similar graphics, art resources and gameplay mechanics. Fortnite: Save the World is designed to counteract the player and the environment in which four players participate to achieve a common goal in various missions. The game takes place after a hurricane passes across the Earth, as a result of which 98% of the population disappears, and survivors are attacked by zombie-like "Husks". Players collect resources, save survivors and protect equipment against the hurricane. Fortnite Battle Royale is a 100-player battle between players that allows you to play alone, in a duet, or in a team (usually consisting of three or four players). Players without weapons fly out of the “Battle Bus” crossing the game map. After landing, they must collect weapons, objects, resources and even vehicles, trying to stay alive and destroying other players. Fortnite Creative is a sandbox-like game similar to Minecraft, in which players are given complete freedom to create everything in the game on the island.
Attention
All rights to the computer, mobile or video game presented in this section belong exclusively to its legal copyright holders. This website does not distribute illegal copies of the game and does not have links to websites with illegal copies of the game. All information about the game is provided for informational purposes only.