It's time to find out which games are the most downloaded and installed our favorite visitors in the fourth week of April. We expect a fighter with zombies, motorcycle races, a cold-blooded policeman, a sandbox game with cars and fascinating nitro acceleration. Go!
5. Ultra Nitro Racers 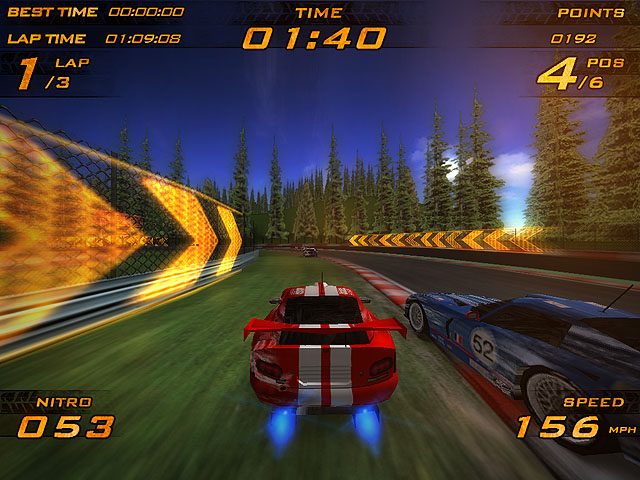 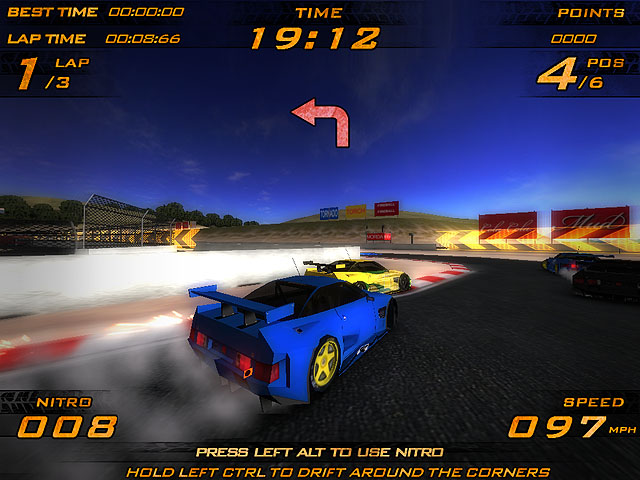 Get ready for high-speed races! The player will have to win in the championship, which consists of ten different ring tracks. On each track you need to drive 3 laps, and if you need to come to the finish line with at least the third place to win in the beginning, then by the end of the championship the player must always finish first! There are five race cars to choose from, and at first only one of them is available - the rest cars can be unlocked with the help of points earned during the championship. Well, we forgot to mention the main thing - the cars are equipped with nitro boosters, and without using nitro the player can not take the lead in the race as in the famous Burnout game series. Also there are 3 game modes - a championship, a quick race and a race with a ghost. In the fast race mode, the player can hone his (her) skills to complete the championship. And in the race with a ghost, the player competes with his (her) best result.
What we like: the small size of the game for download, the cars wipe paint due to collisions during the race, nitro-acceleration
4. Grand Auto Adventure 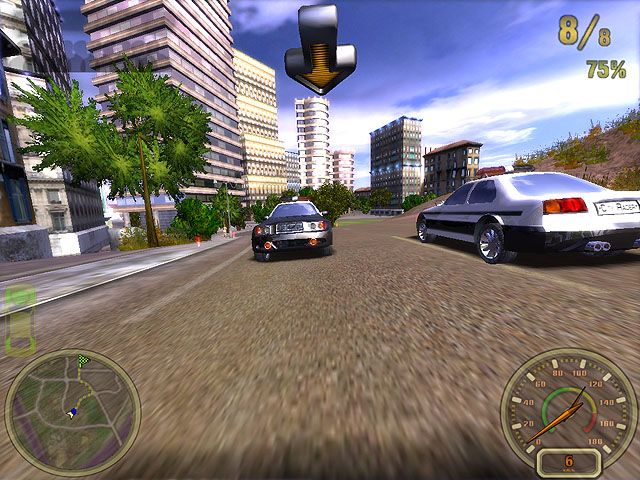 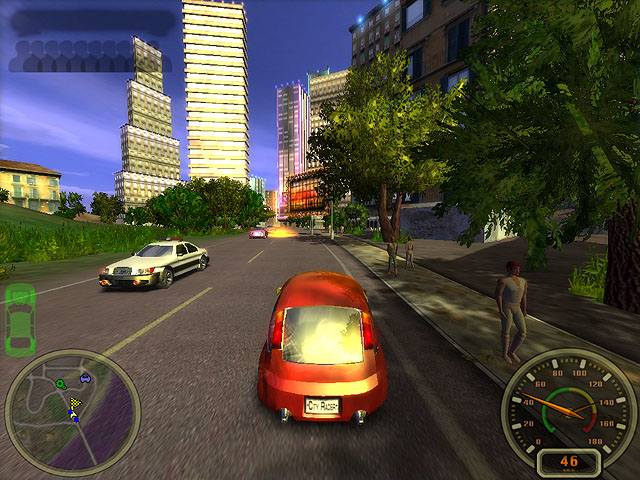 Imagine that you are in some city, and you have the money to buy a car. And you have a lot of free time, and you decide to do everything you want in this city (actually, the developer did not give us absolute freedom, like in GTA (Grand Theft Auto), but you can afford yourself a lot , as in the Midnight Club game series). Imagine yourself a street racer - please find the same reckless drivers and arrange races with them along the city streets and country roads. Since childhood, dreamed of becoming a taxi driver - go ahead, the client is already waiting! Fan of behaving inadequately on the road - the police are already driving for you! Add to all this the possibility of upgrading and repairing your car, buying a new car, day and night change cycle, huge locations - and get an explosive mixture!
What we like: a lot of freedom!
3. Cop vs Gangsters 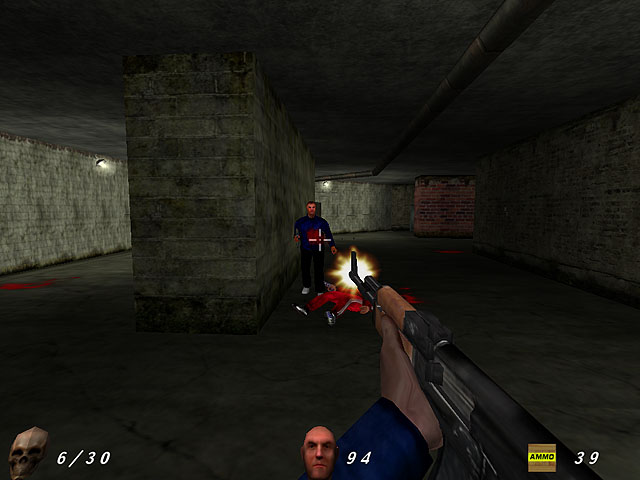 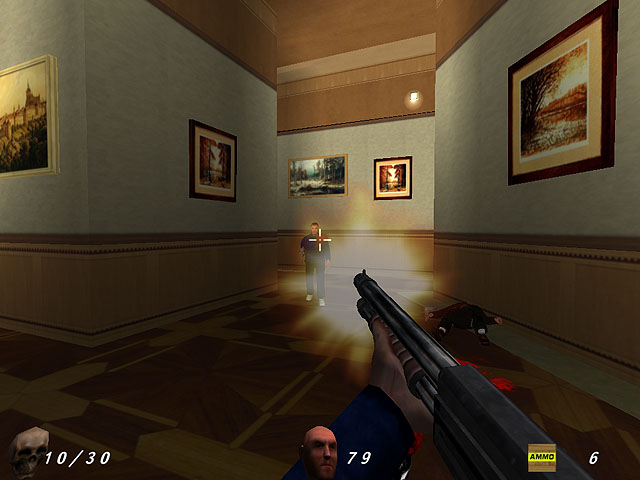 Well, everything is simple here - the policeman went out on the warpath with the city gangs. The plot is unknown to us, but it is known for certain that the police officer has a small arsenal of firearms of different caliber, which is replenished from level to level. And all this war against bandits is played from the first person view. What else to say? Need to play! Gangsters appear from all the cracks, like cockroaches, you have to run away and pick up cartridges, which, by the way, end very quickly. If you played in Crimsonland, then imagine a very similar gameplay in terms of actions, but with the first person view.
What we like: various game levels, local network multiplayer mode
2. Superbike Racers 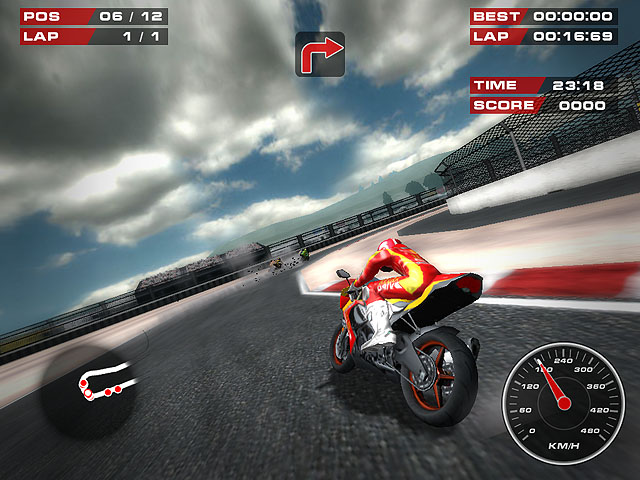 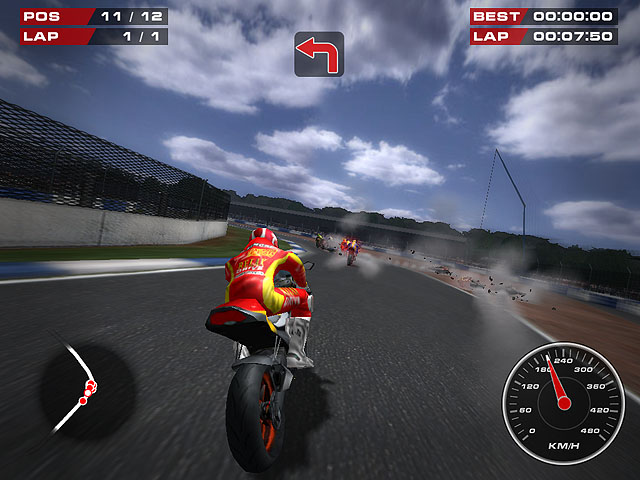 In this game roaring powerful engines, high speed, a large number of opponents and dizzying accidents are waiting for players. Twelve racing tracks will allow you to fully enjoy the feeling that only a two-wheeled stallion can give. In order to cope with this monster, the developers added tricks like “wheelie” - lifting on the rear wheel to add speed, and “stoppie” - lifting on the front wheel to brake sharply instead of crashing into the wall on a sharp turn. It is clear that at high speeds it is impossible to do without accidents, so a beginner can ease his (her) gameplay by choosing one of three difficulty levels in the settings menu. Thus, the player can either completely disable the crash (in this case, the motorcycles will begin to pass through each other), or choose "simple" crashes when the player simply stops when collides, and the last option is normal crashes, when collision with an opponent or the wall makes player fly head over heels. So that the player does not get bored, he (she) can choose one of 4 motorcycles that are unlocked after receiving a certain number of points. This game is a good alternative to the SBK series of games, when you want to play fast and, at the same time, it will not take a lot of time to download the game due to its small size and the game requires small place on the hard drive.
What we like: motorcycle driving, crashes.
1. Zombie Outbreak Shooter 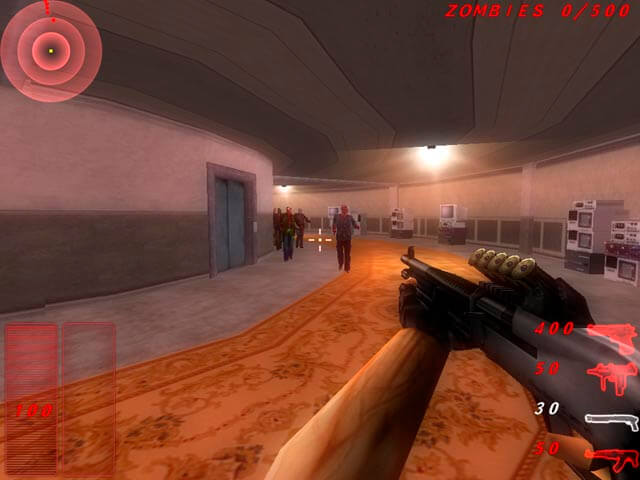 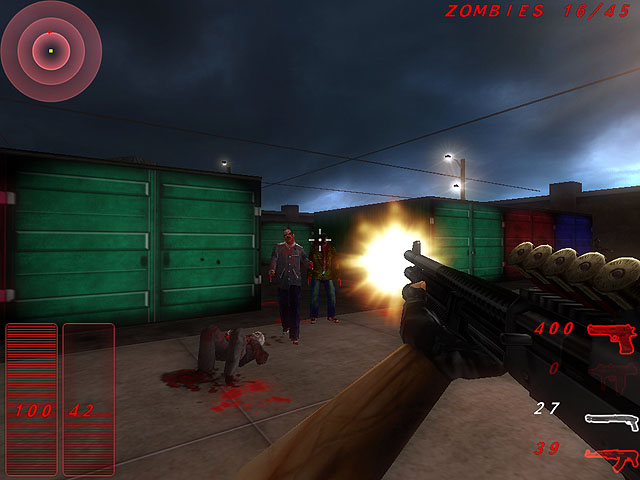 A lot of zombie games have been created, and we think it's very good! Therefore, why not to uncover an old shotgun, not forgetting to grab an automatic rifle, a pistol and a box of ammunition, and go to protect the city from the hordes of zombies? The zombies in this game, unlike the newer World War Z, are slow, so it may seem that killing them is very easy job. But it is only at first glance, it is worthwhile for the player to let himself (herself) be surrounded in some dark alley with an empty ammo - that's all, rest in peace! Therefore, do not forget to run over the corpses of freshly battered zombies, collecting various bonuses, such as ammo and health. The game has nine levels, as well as a special survival mode, when on a randomly selected level the player is being attacked by the dead, appearing endlessly from all sides. In this mode, it is better to play after receiving all types of weapons in the main game, otherwise you risk spending an unforgettable time among the zombies with only one pistol.
What we like: zombie shooting, sound effects
Best Games April 29 - May 5, 2019
The best games April 22-28, 2019